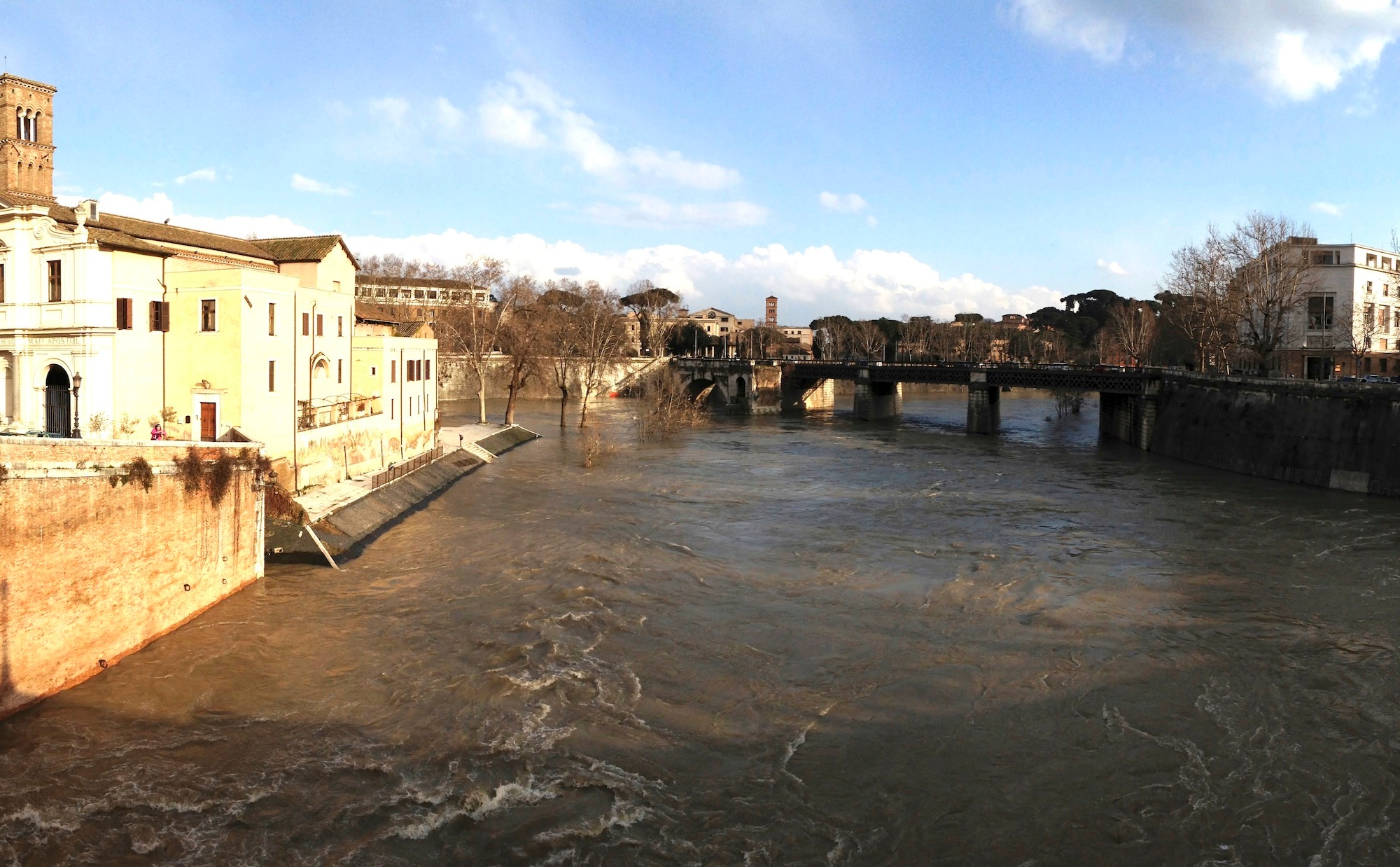 In all places but Rome, the river is a thriving part of the city, something appreciated and regularly enjoyed for recreation and relaxation. Unfortunately, the Tiber — the river that made the ancient Rome of Romulus possible — is all but forgotten, cut off from the daily lives of the Romans.

When enormous retaining walls were built in the 19th century to try and stop the annual flooding of the Tiber, the river became disconnected from the city.  Out of sight, out of mind. You may cross the river with barely a glance, and it is an effort to go down the many steps to the river.

Moreover, what you find there is sometimes not attractive — weeds, trash, graffiti, bad smells… you get the picture. So, the Tiber became something to avoid, and something to forget.

The Tiber could be an important and enjoyable part of an already amazing city. It is rare when it feels like part of Rome, such as during the summer months when the Lungo il Tevere festival is in swing, that the river again becomes a place of relaxation, bringing a cool breeze to the hot August nights.

But this is not enough. The Tiber should be connected to and enjoyed by the city residents year round. And it can be, with a little work.

Today is “Giving Tuesday,” a national day of giving to kick off the giving season. We’re giving this year to TEVERETERNO. TEVERETERNO (a combination of the river’s name in Italian, and “eternity”) founded in 2004 with a vision for the Tiber River as an integrated, enjoyable public space running the length of Rome. The project established a public “square,” the Piazza Tevere, on a central section of the river between Ponte Sisto and Ponte Mazzini. The project has also brought in exciting public art projects to the city. The latest — if it can get through the maddening bureaucracy of Rome  — will be a magnificent installation by William Kentridge, the South African artist, a 550 meter-long frieze, where the “reverse etching” art will be made by erasing the accumulated dirt and grime on the embankment walls.  Imagine that — wiping away grime, gunk, and graffiti to make a temporary beauty, which will eventually, naturally “fade” away as the walls become dirtied again over the years. If all goes as planned, the work will premiere in Spring 2015 with a series of live music performances created by composer Philip Miller, with additional events planned for 2016. An amazing way to bring attention back to the forgotten Tiber.

So, let’s remember the Tiber, the river that made the Eternal City. If you are visiting Rome, keep an eye open for a TEVERETERNO event, from periodic river clean-ups to art installations. And, you can support TEVERETERNO through the New York Foundation for the Arts.