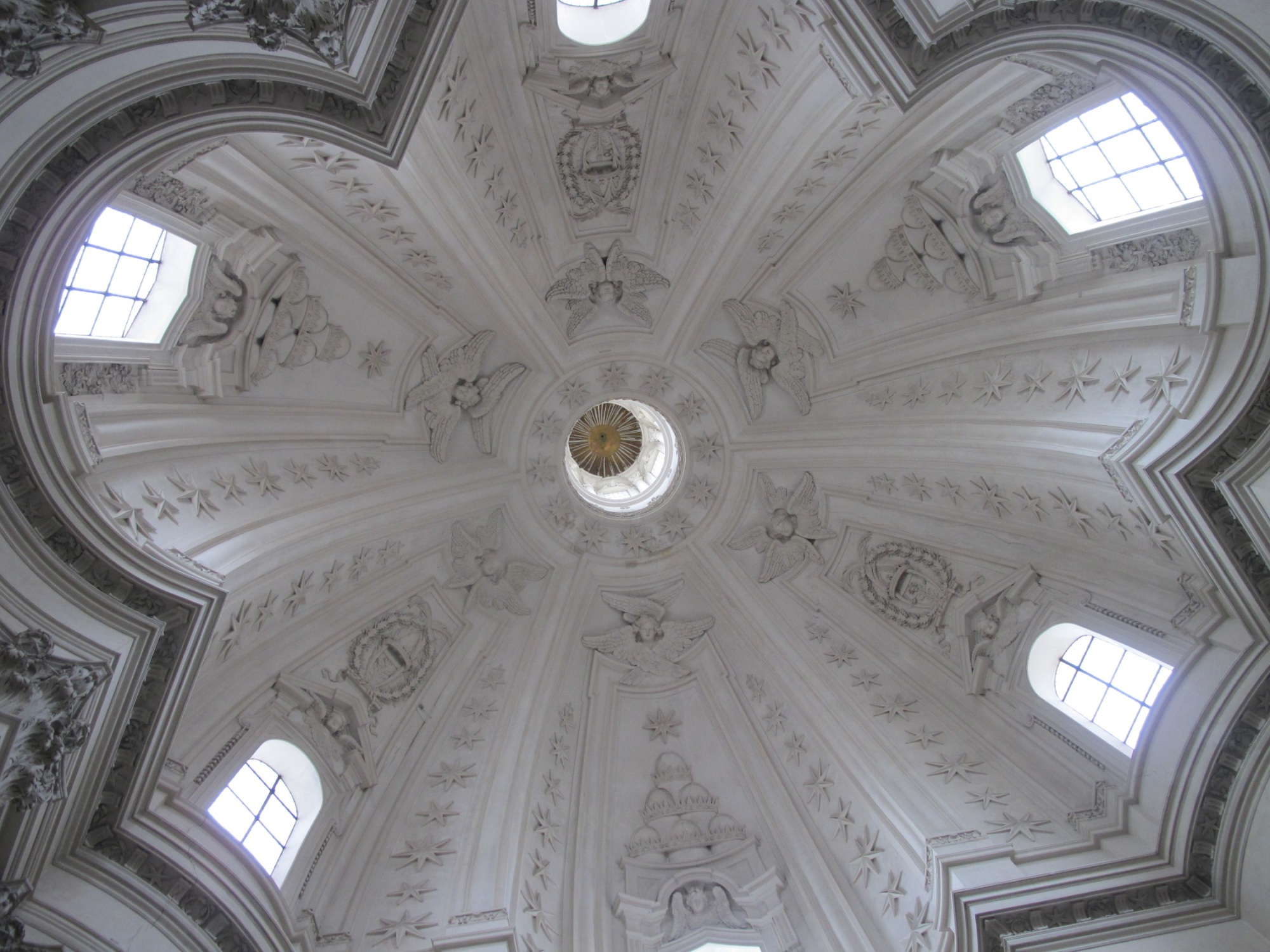 Francesco Borromini was one of the world’s greatest Baroque architects. His work has absolutely amazing tesselations, patterns, and rhythms, and he delighted in the unexpected. The church of St. Yves, known as Sant’Ivo alla Sapienza, is one of his masterpieces. You can see the beautiful, twisting corkscrew spire long before you reach the church itself.

You approach the church through the courtyard of what was once home to La Sapienza, one of Rome’s oldest universities, established in the 14th century and still going strong today.  It’s very name derives from the word for “wisdom.” The building currently belongs to the Archives of the City of Rome. La Sapineza became too big to stay here, and so now its main campus is located near Termini.

When the church was built, this was the chapel of several colleges, including one dedicated to law.  Appropriately, St. Yves is the patron saint of lawyers. The unusual facade is concave, drawing you in towards the church as you cross the lovely courtyard designed by Giacomo della Porta. The subtle movement of the church drum hints at the wonder awaiting you.

Inside, there is none of the gilding and painting that grace many of Rome’s Baroque churches. Instead, it’s essentially white. But, there is absolutely nothing boring or plain about this church.

The dome is a tour de force, imitating a six-pointed star of David — which in Borromini’s time was known as a star of Solomon, equated with wisdom.  As you can see from the photo at the top of this post, it is a complex, pulsing rhythm of alternating convex and concave shapes.

My photos cannot do justice to this place. Instead, you need to go there, step into the church, and have your vision instantly drawn upwards. It’s like the ancient Pantheon, intentionally designed to draw your eyes up to heaven. While the Pantheon has (understandably) been imitated over and over again in architecture, there’s simply nothing else like Sant’Ivo.